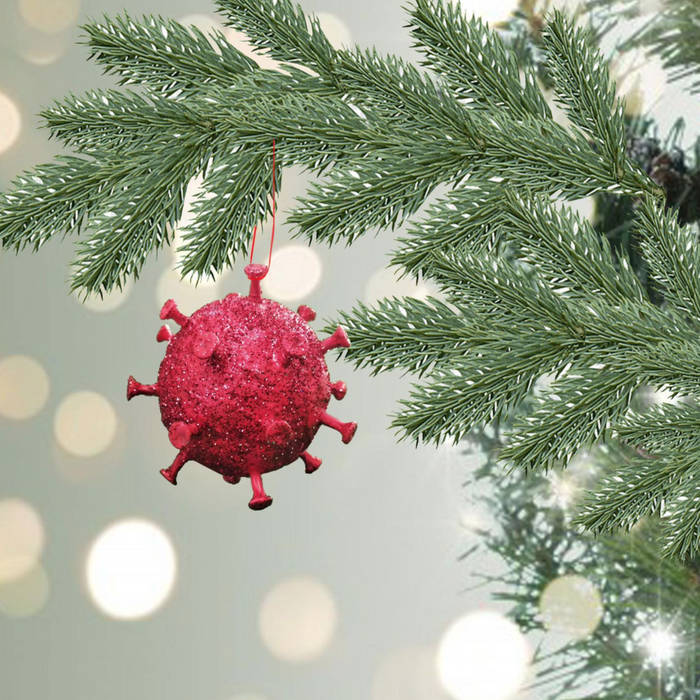 Bart Furp Picks up where Negativland left off.

"May you live in interesting times." (Ancient Chinese Curse)


This program was originally titled 'NCN's Christmas 2020 Marathon Special' and is presented here just as it was webcast on The National Cynical Network webcast stream on December 24th, 2020, Before that date, this program did not exist in this form. It is the result of several weeks' creative work in an effort to capture the spirit of what we believe is a unique and interesting time in history. It collects and artistically documents the creative efforts of many disparate artists' treatments, both in the realm of mainstream media as well as more homegrown underground DIY efforts, of events during the year 2020 which was historically a very tumultuous and deadly year in The United States and around the world,

Much of this retrospective is presented and seen through the perspective of the 2020 Christmas celebration and season near the end of the year.

The worldwide coronavirus (covid-19) pandemic began in The United States, essentially, in March of 2020. From that time until Christmas Day of that year, when this program was released, nearly, 330,000 Americans had died from the virus. Also, at that time, The United States was experiencing the third, biggest and most deadly wave of the pandemic. Added to this, was the circumstance that two then-recent vaccines for the virus had recently been approved for official use by the FDA, but were not widely available as of yet.

The original idea for the program was to present a simple collection of covid-themed Christmas songs originally titled 'A Covid Christmas'. We were struck by the sheer number of such independently produced songs that were publicly available. Most of these songs were humorous in nature as were a number of such songs that were about another significant yet related series of events also happening at that time.

December 2020 took place in the shadow of the November 3rd United States Presidential Election which was decisively won by former Vice President Joe Biden who received the most votes of any political candidate in United States history to that date.

The results of the election were rejected and hotly contested by the then-incumbent President Donald J. Trump, who Biden defeated, and who was scheduled to be replaced by Biden in the White House on January 20th, 2021. Trump legally retained the powers of the U.S. Presidency until 12pm EASTERN TIME of that day.

Since the election, Trump refused to concede Biden's victory, claimed without evidence that the race was rigged, sought to overturn the election results through legal measures which were not fruitful in actions that were widely termed a slow-moving and incompetently-orchestrated coup-attempt as well as a thinly-disguised grift designed to bilk his cultish supporters of donations which were aggressively solicited by Trump's Republican Super-PAC's.

Darkly humorous novelty and parody songs about the 2020 election and its fallout were similar to the aforementioned covid Christmas songs and were also plentiful near the end of the year. The two events, arguably THE definitive ones of 2020, at least in the U.S., had the common denominator of Trump (a frequent subject for NCN) who was much-criticized at the time for ignoring the exponentiating deadly virus crisis in order to pursue his election recall efforts,

We decided to combine these two themes, and eventually conflated them with even more year-end pieces which strove to sum up the spirit of the year 2020 to create a retrospective of the year from the perspective of Christmas.

The program is a result of a creative process of: 'Collect, Select, Connect and Present,' the last step of which is completed now. It is meant as a unique MetaMedia time capsule, a collaged 'photo-essay' if you will made up of sonic 'snapshots' taken from around the public media landscape at large, during a certain special historical period, ordered in such a way as to tell the story of a time in history like no other, offerings from this period of what we consider to be extraordinarily fine musical efforts that might not otherwise be heard by some as well as cultural core samplings of a time of tremendous death and historic renewal and political upheaval. A time of great change. And an incredible time to be alive.

We hope that you will find it interesting as well,

Merry Christmas from The National Cynical Network. And a very Happy New Year.

Technical note: Many of the pieces collected in this program were purchased from their original creators by NCN specifically for this project and are from lossless audio sources. For this reason, we recommend downloading and listening to this program's files in lossless file format (.flac or .wav) in order to preserve this audio fidelity for an optimum listening experience. We also recommend using headphones.

The National Cynical Network is an ongoing creative MetaMedia project which has been operating, in one form or another, since the year 2000. It streams a live bi-weekly audio webcast over the web at its home site nationalcynical.com and is solely curated by Phineas Narco who developed the project as a means of artistic expression, spiritual recovery, psychological and occupational therapy, as well as social fellowship. It is the only thing he has never quit.

Phineas is a 56-year old reclusive artist (which is a somewhat pretentious term meaning 'somebody who creatively puts shit together in an interesting or meaningful way on a regular basis'). Ever since he was a child, Phineas has been a creative person and has instinctively pursued artistic activities.

Phineas currently resides in downtown San Jose California where he lives below the poverty level, and is recovering from a life-long debilitating mental health condition. Since 1983, he has had the same exact mental health diagnosis as Brian Wilson, founder of The Beach Boys. He accepts that he will never fully recover from this condition. He is happy, and considers himself to be a very fortunate person.

Phineas has been a card-carrying member of The Church of The SubGenius since the late 1980's. Some consider him to be one of the Saints of the Church.

Phineas is proud to say that the Church of The SubGenius has always accepted him for who he is, and has never tried to change or 'fix' him.

Note: This program is meant to be listened to, and taken, as a whole work, artistic in nature. All derived and referenced material used herein is *accredited and/or fragmented / transformed / re-contextualized, and/or remixed from its original form, and is used fairly as a cultural reference in the subtext, and creative narrative, of this unique 'syntopical' arrangement for the purpose of commentary and artistic expression.

Any proceeds given to the creator of this program through this page are not intended for profit and are considered to be donations to express appreciation for, and to help support, the expense and work that goes into the creative project this program is a part of, and are not a prerequisite fee in exchange for content.


*Since we wanted to publish this program by Christmas, we did not have time to properly accredit derived sources, as we usually do because this is very time-consuming work. We will do this at a later time. In the meantime, if any listener has an inquiry about a source's title or artist information, feel free to contact NCN through this Bandcamp page and we will try to track down the appropriate information for you. Sorry for any inconvenience.


If you value this programming and would like to see it continue, you may support the work and expense behind it by making a donation at nationalcynical.com/donate or by becoming a patron for as little as $1 per month at patreon.com/nationalcynical.

Thank you for your support.