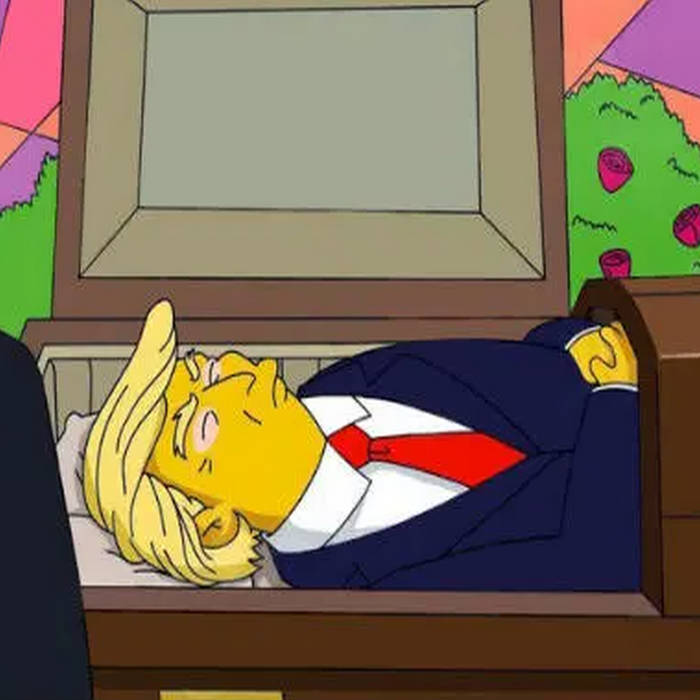 This is Part 2 of 2 and is a direct continuation of Part 1 which can be found here:

This is our time capsule effort of capturing voices and samples from around the web and the media environment at large in order to artistically document an important period in history, to express our feelings about it, and to derive ultimately a meaningful conclusion to it all.

Part 2 of this program is the result of many months' work, and was finalized and released 3 days before the hotly contested 2020 U.S. Presidential Election took place between President Donald J. Trump and (former) Vice-President Joe Biden.

This 3-hour Part 2 portion of our overall program explores the threat of white supremacy, Fascism, totalitarianism and demagoguery to the democratic American way of life, particularly under the presidency of Donald J. Trump, the nature of his sociopathy and certain events which took place in October of 2020, most notably that of President Trump testing positive for the covid-19 virus which took place shortly after the first presidential debate which was an event that was covered in the final hour of Part 1 of this program.

Much, much gratitude and credit goes to the great, great video collage work of artist Vic Berger whose work we use a lot of and augment in this program. We hope that it is okay with Vic that we have kind of raided, and expanded upon, his ouevre. Vic's Youtube channel, which we recommend subscribing to is located here:

Another heartfelt expression of gratitude is given to the wonderful and very talented Randy Rainbow who puts out politically-oriented song parodies,.. we owe him an unpayable debt of thanks for helping to keep us and so many others of us sane throughout the Trump years by providing laughter, humor and snark where it was so sorely needed. We hope that it is okay to include a couple of his pieces in this collection to share, they are excellent. Randy's fine Youtube channel is here:


If you are burning the tracks from this 3-hour program (Part 2) to CD-R's, we recommend the following scheme:

SOME TIPS ON LISTENING TO THIS PROGRAM:

1. Not listening to it online. At least, not the tracked version on Bandcamp. Download the whole thing (you don't need to pay anything, but any contribution toward the work and expense of putting it together is appreciated) and listen to it, parts one and two, on a player such as Winamp or VLC, from first track to the last, but make sure that you listen to the tracks SEQUENTIALLY, not at random. Also, make sure that your playlist is playing the tracks GAPLESS with no pause between the tracks whether playing it on a CD-player or on a PC. Take breaks at the station ID's. 6 hours is a long time to listen.

2. Listening to it with headphones for best effect. Be aware some sequences may be emotionally intense. For the best listening experience choose a lossless format for the files (either .flac or the larger .wav format) which deliver superior sound quality. Some of the source files we've used are from lossless copies, so this makes a difference in some spots.

3. Listening to it in a quiet, solitary setting where you are unlikely to be interrupted, sober or with the substance of your choice.

4. Pausing playback at the NCN Station I.D.'s if you need to take a break.

The National Cynical Network, in association with The Church of the SubGenius, produces shows that are creative DJ mixes about topical and universal subjects in a subjectively psychedelic, experimental and stream-of-consciousness format. We usually webcast Thursdays and Sundays 10pm-1am EASTERN through nationalcynical.com/webcast and are relayed on DFM out of Amsterdam for the Sunday Night show at dfm.nu.

More programs of ours such as this are available at our Mixcloud page at mixcloud.com/pnarco or by taking the 'Archives' link at nationalcynical.com or by subscribing to our podcast through that archives link or at Apple podcasts at podcasts.apple.com/gb/podcast/national-cynical-network-archives/id390046328.

Note: This program is meant to be listened to, and taken, as a whole work, artistic in nature. Subsequently, more derivative tracks are not available separately. All derived and referenced material used herein is meticulously accredited and/or fragmented / transformed / re-contextualized, and/or remixed from its original form, and is used fairly as a cultural reference in the subtext, and creative narrative, of this unique 'syntopical' arrangement. Any proceeds are not intended for profit and are considered donations to express appreciation for, and to help support, the expense and work that goes into the creative project this program is a part of, and are not a prerequisite fee in exchange for content.

If you value this programming and would like to see it continue, you may support the work and expense behind it by making a donation at nationalcynical.com/donate or by becoming a patron for as little as $1 per month at patreon.com/nationalcynical. Thank you for your support.