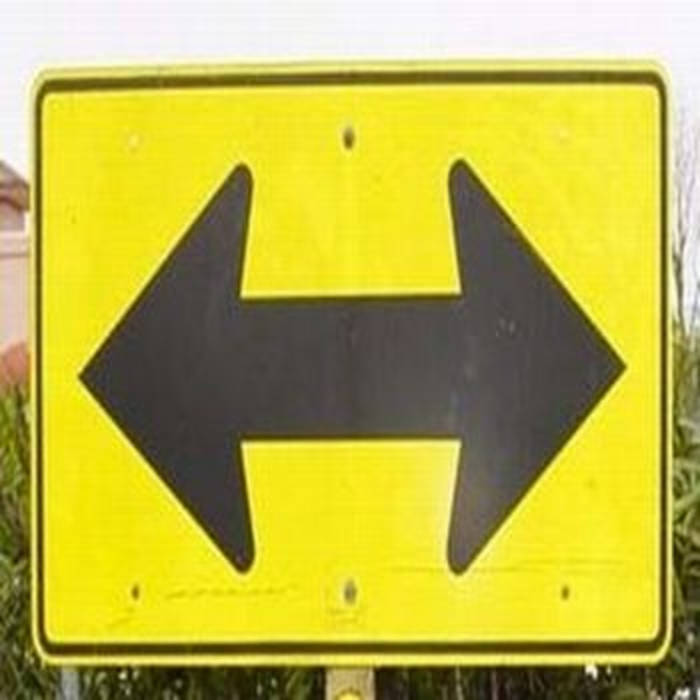 This is the nineteenth episode of the series Midnight Voicejail called 'Left & Right'.

NOT TO BE CONFUSED WITH the album-length 'The Left & The Right' WHICH is part of the Midnight Voicejail 'Best of' series, and has a different cover) and which is available here:

This download includes the original (uncut) episode (in ordered tracks) as it was broadcast on KFJC in early 2000, shortly after the George W. Bush inauguration. It is political in content and might be controversial, politically incorrect, and NSFW.

The player is cued to the last track in the playlist which is the slightly shorter (with alternate ending) Radio Edit of the episode, all in one file.

The language in the 'Radio Edit' has been expurgated and the explicit humor and/or rhetoric in the recording has been toned down. It includes an alternate ending from the Uncut, original version.

Some of the material in the 'radio edit' version may be NSFW, and while it can be played on U.S. terrestrial radio, it is probably advisable to play it in safe harbor hours.

'Midnight Voicejal psychedelically follows the real-life exploits of The Voicejailers as they communicate on, and take over, voice mailbox systems in the 1980's and 1990's through recordings of real voice mail message, outgoings, and field recordings.

For the Midnight Voicejail FAQ go to:

Dislcaimer: This program is wholly a piece of artistic expression put together by Phineas Narco & The National Cynical Network and is meant to be heard in its entirety. It is a psychedelic audio documentary made about a number of people who utilized voice mail box systems in Silicon Valley during the 1980's and 1990's for the purpose of creating entertainment for their own amusement, and for socializing.

This program was made for the purpose of education, entertainment and artistic expression. It was made and heard originally on KFJC 89.7 FM in Los Altos California during the early 2000's.