by Negativland (via NCN) 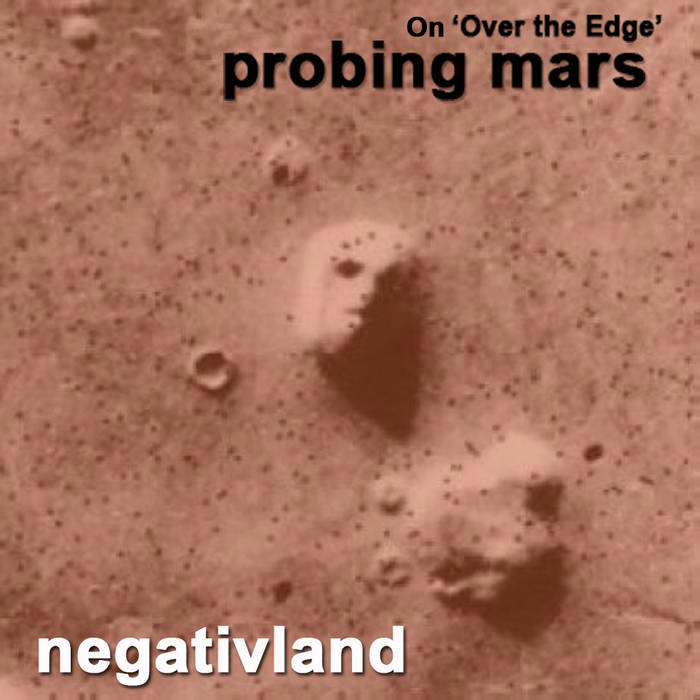 This is not a new release by Negativland. This a fan-generated, high mp3-quality 5-hour program, which was done by Negativland on their weekly radio show 'Over the Edge' in December of 1993 as part of the 'Another UFO' series. It is available in just about any format you can name on a Pay-what-you-want basis.

Offered by NCN for the first time with the express permission of Negativland,

[Negativland] sets up for a... look at what’s really on Mars. The show revolves around former NASA employee, former CBS science advisor, Richard Hoagland’s contention that NASA photos taken by the Viking space craft that went to Mars in 1976 show artificial structures and a monumental mile-long humanoid face looking straight up from the surface of Mars on the plains of Cydonia, as well as his suspicions about the failure of the 1993 Mars Observer mission which could have photographed these structures in much greater detail.

[Negativland uses] a lot of edited interviews with Hoagland (principally from Art Bell’s Coast to Coast “Dreamland” show) and other researchers involved in studying these features on Mars, as well as a variety of science fiction material concerning Mars, The McDaniel Report and epistemology, NASA’s history and evidence suggesting a NASA cover-up of this information, Arthur C. Clarke and “The Transit of Earth”, Mars ex-spurt, The Weatherman, his scanner, and continuous live music beds by the band.

With all these wacky guys involved, [Negativland] take[s] a less seriously provocative route through the basic concept, although there is plenty to consider here. It is suggested that, if real, these enigmas on Mars have probably been there for millions of years, predating human history, yet the face, in particular, is apparently designed to be seen from off planet.

New work in Egyptology, particularly with regard to the Sphinx, suggests a re-evaluation of assumptions about the age of the monuments on the Giza Plateau, and Hoagland also points up certain math links between the layout of the monuments in Egypt and similar pyramidal structures near Cydonia on Mars. Spaced out and with a minimum of live mike interaction, this show gives you a lot of improvised music and sounds from Negativland along with the perplexing subject at hand.

All 5 hours of the show in 5 1-hour files in a format of your choice.

Artwork of 'cover' as a bonus item in .png format.

Also a video: An edited portion of this show were excerpted and used in Craig Baldwin's documentary: "Sonic Outlaws" which was largely about Negativland and the genre they work in. In the complete download of this program you get this clip from the movie which features the members of Negativland in the KPFA studios. The file is in .avi format. The clip it contains is 1 minute and 43 seconds long.

Permission to offer this program has been given by Negativland.