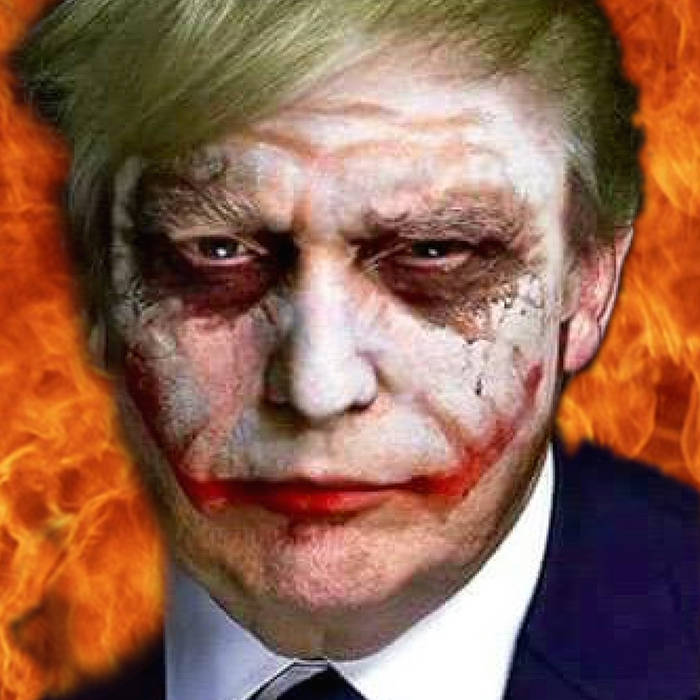 DETAILS ON THIS SPECIAL PREVIEW PACKAGE:

These tracks comprise a sneak preview of our upcoming album, 'The Insurrection (January 6th, 2021​)​' and represents the first two hours of the work. The entire work will be approximately 12 hours long (similar to an audiobook).

This playlist (sans the bonus tracks) is available as all-one-file, in addition to the last hour climax of the program at our archive.org page:
bit.ly/3ygKCpk.

The entire work will be a MetaMedia work of collage and remixed audio work, made up of countless pieces from the media environment at large, some of them from years past long before the events in question took place, but all about the events of January 6th, 2021 and the violent attack that took place on the Capitol building, as instigated by then-President Donald Trump, as well as the aftermath and fallout of this event, both in the media, the culture and in politics.

This project represents the fruit of a year-and-a-half of intense creative work on my part, under the auspice of 'NCN' (my creative project) having to do with this subject matter. As always, you do not have to pay anything to obtain any of this material.

Portions of this overall work were adapted and much furtherly developed from some sequences from our January 2021 release 'Agent of Chaos':

If you want to experience the 'First Two Hours' preview, in a slightly fore-shortened version than here (it does not include the last 12 minutes, the last track of this, the definitive version of this preview files available here on Bandcamp, you may do so at our Mixcloud at:

The last HOUR of this promoted and upcoming work is also available on Bandcamp:

It should be noted that this album does not represent literal and factual truth about that day, nor do any of the tracks representing the event in this work, but are meant mostly to convey the feeling of the thing and how it FELT that day and we, like most of the country, got that third hand. We were not there.

Nevertheless, it was scary AF.

The goal of the project is in part journalistic, documentative and research-oriented, but it also largely artistic in its intent and execution.

Therefore, some of the events depicted may be, in addition to being (obviously) editorialized and remixed, may also be out of sequence to how they actually occured and anachronistic samples may be used for effect.

Overall, this work can be considered a dramatic interpretation of the events it describes. Please do not hesitate to do your own research if you have any doubts as to the facts of this case.

Accreditations of note in this piece:

Various adapted, parodied, remixed and mashed up tracks from the Progressive, psychedelic 70's band (now defunct) Pink Floyd and in particular, their seminal, iconic 1979 double-album rock opera hit 'The Wall' to find out more about this work go here:

An interview with the late avante-garde musician and rock music legend Frank Zappa is excerpted in this work, as well as part of his song, 'Trouble Every Day' to find out more about him go to:

The song 'All Along the Watchtower' is a 1967 song by Bob Dylan and variations of this song are used as a leitmotif throughout this overall NCN work. For more information on this song go to:

The song 'Burn' by Nine Inch Nails is a 1994 release used as a retro-referential cultural touchstone in this work as it almost perfectly seems to describe, in form and in content, the state of mind of Donald Trump during this nationally traumatic event. We leave it up to the listener to evaluate. If you want to learn more about the original version of this song, go to:

Produced news material from NowThis News and VICE News, created very soon after the events described in the last 12 minutes of 'The First 2 Hours' preview track are used in that section. Here are the Youtube pages of those two outlets respectively:

The Dark Knight was a 2008 film by director Christopher Nolan and starred the late actor Heath Ledger as the character of the joker. Like Trump, he can be described as 'an insane criminal clown with no plan but to spread chaos as much as possible'. For more on this classic film go to:

The National Cynical Network's bi-weekly webcast is on Thursdays and Sundays and starts roughly as early as 3pm or as late as 7pm (all time PACIFIC) on those days and streams currently for an indefinite running time (usually all night long). Use the web-player at the following link (during showtimes) in order to hear our livestream:

For the most preferred and direct listening experience you can also copy and paste the following link (below) into the appropriate place of your preferred media player (e.g. iTunes, WMP, Winamp or VLC) and then create a bookmark of that address (or a playlist with only that address in it, saved to your desktop) in order to easily access the stream in the future:

It helps if you have the playlist containing the above address set to auto-repeat, when playing, in case of momentary dis-connection.

We are on IRC for chat on the irc.taphouse.org server the channel is #plundercast.

WHAT NCN DOES AND WHY:

Our serio-comic MetaMedia collage-based audio mixes play bi-weekly Thurs. and Sun. from (generally/usually) 4pm (we go on no later than 7pm) until 12am (all times PACIFIC) and can be heard then through:

Our unique programs explore universal subjects and themes as seen through our own individual and subjective 'lens'. The best of both worlds!

Through a creative, artistic process of 'Collect/Select/Connect/Present', NCN collates a broad variety of many thematically relevant media clips, presenting our own editorial social commentary as well as cultural artifacts from the underground DIY remix media culture, synthesizing these elements into psychedelic stream-of-consciousness audio journeys.

We seek to help listeners better understand and make sense of issues covered in the media DIN that we are all subjected to and also to hopefully make them aware of certain music and other worthwhile artists that they would otherwise never be aware of or come across.

More programs of ours such as this are available at our Mixcloud page at:

Or at our home site's podcast archives listings at bit.ly/3yCZ6iE or at Apple podcasts at apple.co/3hSHedC.

For more information on The Church of the SubGenius, which NCN operates in association with see:

If you value this programming and would like to see it continue, you may support the work and expense behind it by making a one-time donation at nationalcynical.com/donate through Paypal (major credit cards accepted) or by becoming a patron for as little as $1 per month at:

Patrons are notified about ALL creative projects that NCN is doing delivered right to their inbox.

Thank you for your support and thank you to all of NCN's patrons for their help!

See the 'about this album' field above.