The 'Massive Red Wave' That Became Blood in the Water 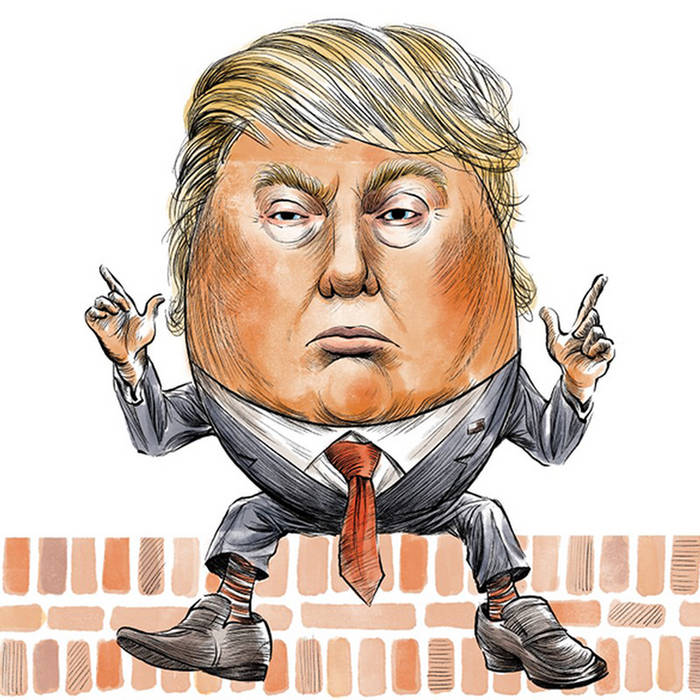 This is the story of the 2022 U.S. National Mid-Term Elections, told with MANY media clips (many of them humorous), an event which commenced on Tuesday, November 8, of that year, and which continued in the counting for some days afterward.

Historically, the midterms, in which voters elect their state congressional leaders and governors, always occur 2 years after the Presidential election. .

Prior to the 2022 midterms, it was widely predicted that The GOP (Republican Party) would sweep these elections triumphantly in what was being anticipated as a 'massive red wave', the color red traditionally associated with the GOP. Typically, in these elections, the party OPPOSITE to the incumbent Presidency (in this case The Democrats) gets trounced.

To the surprise of almost everyone, this did not happen.

But not only this, it was clear that many of the losing nominees were specifically endorsed by former President Donald Trump, and also fashioned their platforms after Trump, similarly denying the validity of the 2020 Presidential election which Trump lost to Biden, as Trump has, leading the GOP to re-assess the desirability and viability of their relationship with him right as he announced his intention to run for President in 2024, an action made with Department of Justice criminal indictments, and other legal actions against him looming and as big money political donors, and many voters, began to pull up stakes from Trump and turn their attention to yet-to-declare 2024 GOP Presidential hopeful, Florida governor Ron DeSantis who turned out to be the one big Republican winner in the 2022 mid-terms and began to be groomed in some circles as the new leader of the Republican party.

Most of the individual pieces in this mix were painstakingly assembled by NCN and have never ever existed in this form before November 2022, but most pieces, individually were not created by NCN but rather were created by various mainstream, underground, obscure, or DIY artists and are being used (fairly) in this mix. All derived material has been somehow transformed here or is being used as a cultural touchstone or reference. I will try to fill in the proper accreditation for these, over time. If anyone has any questions as to used source material please feel free to contact me through Facebook or make a comment on the Mixcloud page to ask. It is NCN's hope and intention that our use of these artists' work increases their scope and their audience and get them more attention. They deserve it. We feel that they were important, and/or interesting and/or worthwhile voices in the cultural conversation that we are trying to portray and capture with this program.

PRO TIPS on how to listen to this program:

- Use headphones
- Take breaks. This is a long program. It is not necessarily meant to be 'consumed' all in one sitting. Think of NCN programs not so much as traditional 'albums', but more like eclectic 'sonic photo albums' or 'audiobooks with music'. The best place to take breaks is when you hear an NCN 'Station ID' which identifies that you are listening to The National Cynical Network. This usually signifies that a temporal, thematic or subject-oriented change is taking place in the program.
- Try listening to it in the background while working on the computer. The way these and other NCN programs are constructed (we find) is that they are both effective as a mental sonic 'wallpaper', because of the dynamic richness in form, but also rewarding listens if you also devote your entire attention to them, due to the crisp and compelling nature of the content and its sequences.
Happy Listening!

This album is being released on Dec. 6th, 2022, the date of the runoffs for the senate seats in Georgia between Herschel Walker and Raphael Warnock which, when completed, should signify the completion of the 2022 midterm elections.

You are not required to pay anything to stream or download this program. Any proceeds collected by the creator of this program through this page are considered to be donations or gratuities made in appreciation for this work and/or to help support the work of the creative project behind it.

You can support the creative efforts of The National Cynical Network for as little as $1 per month and have notifications of everything the project is doing delivered to your inbox by becoming a patron of ours at:

Thank you for your support!

NOTE: This album contains thematically relevant and strategically placed excerpted sequences from the previously released NCN album 'The Psychedelic PIGS Show'. Many of these excerpted sequences have been edited/abridged from the originals. It also contains part of a track called 'What a World' from the upcoming NCN album (still to be released at the time of this one's release) called 'The Special Master Special'. We are still working on this release. This is a slightly different edit from the original.

The Elon Musk Twitter Fail Mix (Musk-a-Palooza!) is available all as one file at both the SoundCloud and archive.org sites:

NCN will fill the accreditation info over time. In the meantime, if you have any questions as to source info, and want something identified, please contact NCN through Bandcamp and we will track down the information for you.

If you like The 'Massive Red Wave' That Became Blood in the Water, you may also like: