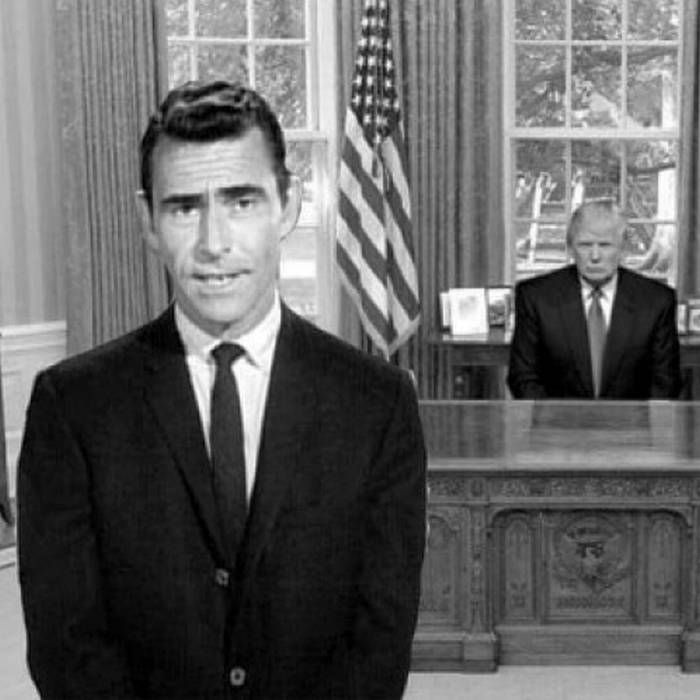 Not all for laughs, but not all serious either!... RADIO SAFE and as it was broadcast live on KFJC on May 21st, 2017--Part of the month-long MAYhem series of Specials!

The National Cynical Network (NCN), culls much media material from the past year's time in this special mix (of mixes) all about the 2016 political race and its current aftermath. We present a sumptuous distillation of many DIY mixes, remixes, covers, collages, parodies, digital deconstructions, send-ups and mashups created by obscure web artists from the public at large (including NCN itself) about all things Trump and more!

Join us as we steer your eardrums through the realms of politics, 'fake news', PeeGate, the Post- Postmodern viral protest song, the spirit of resistance, the potential Apocalypse at hand... and beyond. - A grand 3-hour mix!

This program is 3 hours long, and is cut to fit, tracked, on 3 disks.

All derived material in this program is used fairly, accredited, and transformed (remixed / fragmented / re-contextualized / re-worked) for the purpose of education, cultural reference, and to artistically capture the cultural conversation about the subject matter during the time of this program's creation. This researched program is the result of an artistic and creative process which can be documented, and is meant to be heard, and taken in its entirety. Payment is not a prerequisite to get this package, though donations are appreciated.