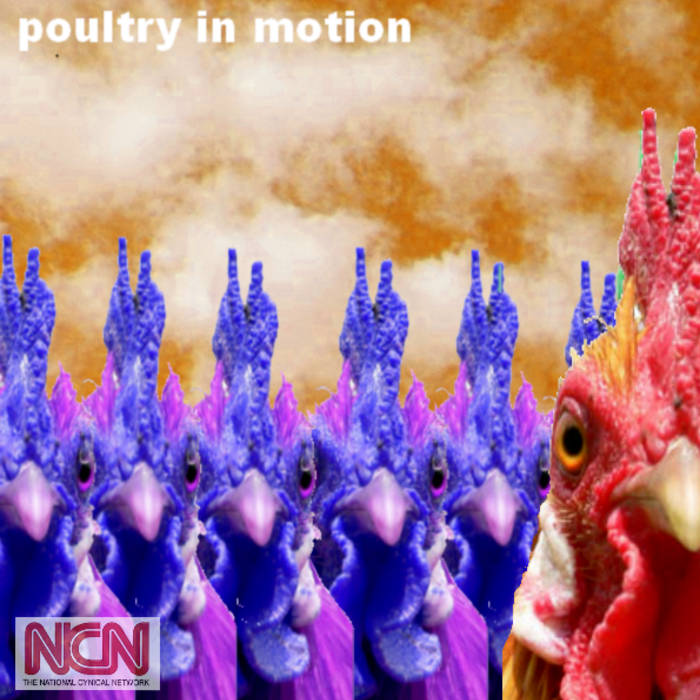 ***Some portions of this program have harsh language and feature adult humor and may be NSFW***.

RETURN: This feels done now. A collage show all about 'chicken'. We have built it up, and broke it down, over the course of almost 3 years and much over the past week. It is now tracked and LP length.

This is the best stuff boiled down to its quintessence. No one source is presented in its original un-remixed entirety. Crazy listening. 79+ min. in length..

Poultry in Motion (The Great Big Chicken Show) is a psychedelic documentary, and listening experience, examining and presenting the subject of chicken in popular and underground culture: from rap music and blues, to folk and country music to found sound, and more.

Without narration, this vibrantly eclectic and unique mix uses several dozen different sources all expertly mixed, edited, and relating to the animal, and food, of ... chicken.

The program is meant to be mostly humorous, at least on a sonic level, though there are some dark and serious parts, as usual, in the mix.

More derivative tracks of this project are not available as separate downloads from the entire program.

For best effect, listen with headphones. Be careful. May be disorienting. Be careful when operating heavy machinery while listening to this program.

This researched program is the result of an artistic and creative process which can be documented, and is meant to be heard, and taken in its entirety. Payment is not a prerequisite fee in exchange for content in order to get this package but is considered a voluntary donation toward supporting the creative work and expense behind the program.