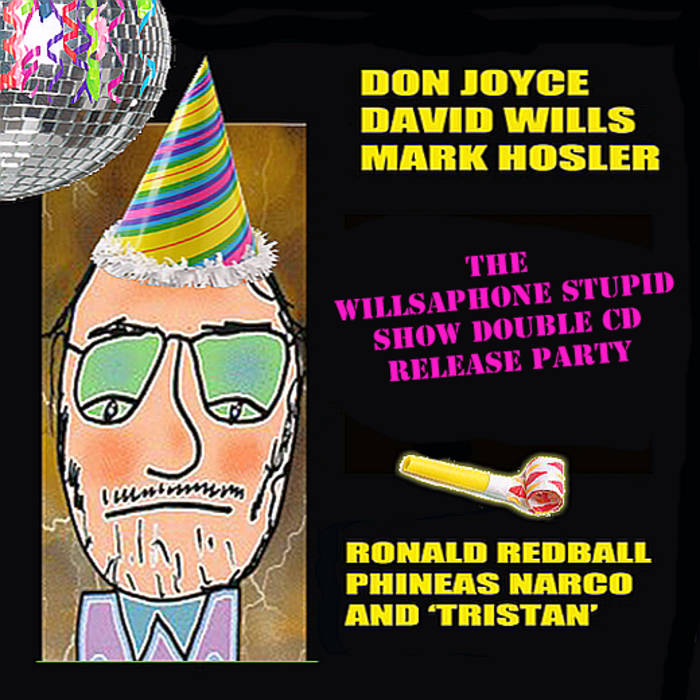 Don Joyce hosts The Weatherman (both of Negativland) and The
Weatherman's 'Bodyguards' Phineas Narco and Ronald Redball, of NCN, and the mysterious 'Tristan' who join in for the party celebrating the probably non-existent and not-for-sale 'Willsaphone Stupid Show' a double cd of another Over the Edge show available at the time of the show: From March 1994.

Tristan had a regular computer notebook, and Phineas brought his clunky HP 8088 Portable computer to the studio. This was recorded and mastered on hi-fi videotape directly from the KPFA studio headphone jack at the time for maximum fidelity.

Note--Tracks will only fit if burned gapless.

For more information on The Willsaphone Stupid Show Double CD (for which this is the release party for) go here:

For more information on Negativland go to:

This researched program is the result of an artistic and creative process which can be documented, and is meant to be heard, and taken in its entirety. Payment is not a prerequisite fee in exchange for content in order to get this package but is considered a voluntary donation toward supporting the creative work and expense behind the program.

Various excerpted sources are listed in their respective tracks