Your Brain is the Universe 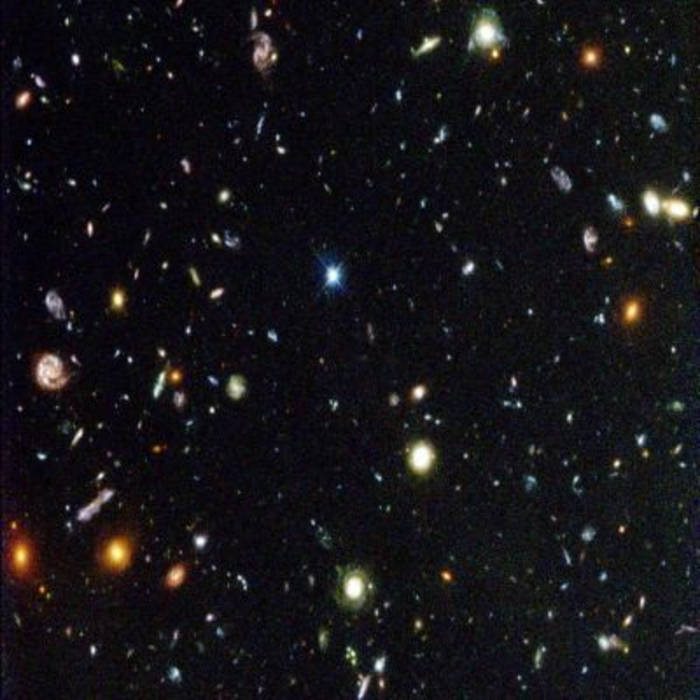 This is our version of Negativland's long-running series on their radio show 'Over the Edge' titled: 'Your Brain is the Universe'.

It was made from show #297 of UBRadio Salon and was mixed live in the UBRadio Salon studios in Alameda, CA, by Big City Orchestra and NCN on September 22nd, 2013. It was broadcast live at that time on DFM out of Amsterdam.

This program explores big questions: the nature and origin of the Universe, the limits of science, quantum mechanics, and what the future holds.

Phineas has done post-production work on it for the version available here at Bandcamp. The source for this was from the lossless master. See below for a link to the original webcast recording.

All the background and enveloping music you hear is original, and was done live and improvised by Big City Orchestra (dAS and Ninah Pixie). Phineas provided the content and timing of foreground samples.

All material from the radio show "Over the Edge" used in this program is used with the express permission of the show's producer(s).

All the used material from the radio show "UB Radio Salon" used in this program is used with the express permission of the show's producers, Big City Orchestra.

Big City Orchestra's Site is at:

DFM out of Amsterdam is here:

The original untouched version of this program is available at archive.org in the UB Radio Salon archives here: