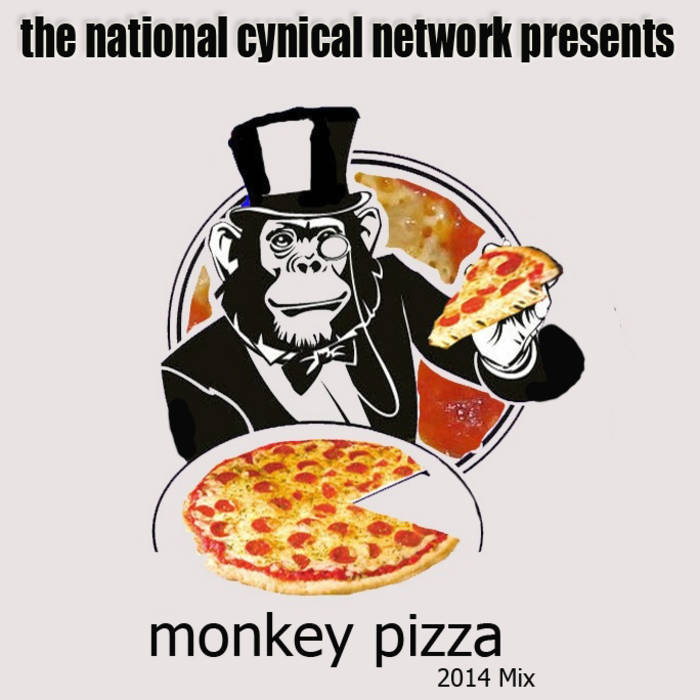 NOTE--This is not to be confused with the much shorter Midnight Voicejail Episode 17 called 'Monkey Pizza' which inspired this longer playing program.

Monkey Pizza (The Midnight Voicejail Episode) can be found here:

This is a collage program utilizing an extensive mix-up of hundreds of different elements all revolving around two subjects: Monkey(s) and Pizza. It is meant to be predominantly humorous in effect.

Equivalent of a double cd. Tracks 1-14 comprise the first disk, and the rest of the tracks comprise the second. This is the 2014 Mix as heard on The National Cynical Network radio program on February 9th, 2014.

This program, in all, represents work done over 3 years.

All obscenities have been bleeped but Track 23 (not streamable) may be NSFW due to politically incorrect language.