Mad or Bad: The Psychopath Remix 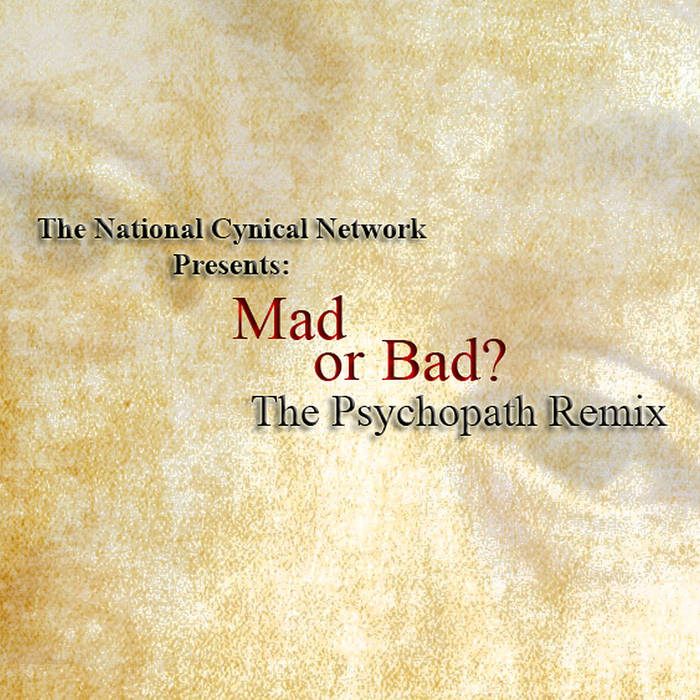 This is a collage program (our favorite of 2015) a Primer on psychopathy, presented in its entirety as it was webcast on October 25th, 2015 on DFM out of Amsterdam. This program seeks to encapsulate the current cultural conversation about psychopathy, and the medical-ization (and the overall problem of) evil in society, and in individuals.

It was inspired by the creating artist encountering a criminal, in real life, who robbed him of $7. Shaken, and needing to process the experience, we created this program to seek understanding.

This program is 3 hours long, and is cut to fit, tracked, on 3 disks.

Some of this program might be NSFW and/or triggering to victims of abuse. Listener Discretion is Advised.