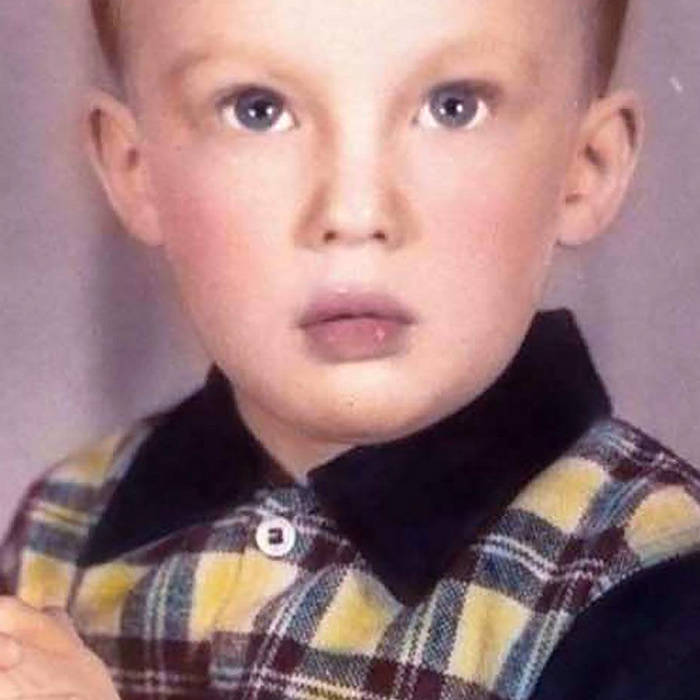 This program was made in the early part of the summer of 2021 and was worked on over a number of months and streamed in developing form over NCN's live bi-weekly webcast.

Total running time for this program is just over 5 hours.

The title's use of 'Origin Story' is a riff on a term given to film vehicles which are essentially prequels, often applied to cinematic villains (such as Darth Vader or The Joker) showing the audience 'how they got that way'. Since Donald J. Trump is literally almost a larger-than-life cinematic 'villain' (almost an amalgam of 'the main bad guy' in every Steven Segal movie ever made) we thought we would give him his own real-life 'origin story' told in our own psychedelic and artistic sound collage media mix form.

This mix might very well be eye-opening to those of you who think you 'know Trump' and most listeners are bound to learn most likely more than a little more about the 'making of this monster' by listening to this program.

We realize that this is not the most popular subject right now, but then NCN has never courted popularity.

The fact is, Trump may be gone (perhaps for good) from the political arena, but Trumpism, and Trump's supporters still remain. And like it or not, the rest of us still have to deal with this.

Also remaining with us is the fact that a significant portion of the electorate in the 2020 Presidential election actually watched that incredible shitshow for 4 years and then said, "Yeah, sure! Let's have MORE OF THAT!"

We tell young people nowadays to "Never Forget 9/11!" And yet some of these young adults did not even EXIST at the time of this event that they are supposed to 'Never Forget'.

And yet, this man, through his lies, evil and incompetence, did more damage to this country, in terms of loss of life, in terms of economic damage, in terms of our loss of standing on the world stage, than A HUNDRED 9/11's.

And THIS HAPPENED 'YESTERDAY'!!

And yet, we're all just supposed to 'forget' about it. And move on.

I say to NEVER FORGET. I say that not only should we never forget, we should STUDY WHAT HAPPENED so that it NEVER HAPPENS AGAIN.

The fact that a man like Donald J. Trump gets put into the highest, most powerful office in the land, if not the world, for four years, SPEAKS VOLUMES about the society, and the system that put him into that office.

NCN seeks to join the chorus of voices that seek to SPEAK THOSE VOLUMES. For the world, and for future generations.

This program, 'Origin Story' is in part a work of art, much creativity has been applied to the process of putting this together, but it is also a work of journalism and research. It seeks to not just be an expression of what I, and others, FEEL about this matter, but a straight-up DOCUMENTATION of the subject matter that we hope will endure the test of time.

Who knows, perhaps in future generations, in schools 50 years from now (if there are schools) it will be pegged as 'Required Listening' in University Political History courses.

This program talks a lot about the pre-Presidential personal history of Donald Trump and examines the personalities, histories, and personal impacts and influences of both Donald's mother and father. It also explores his relationships with his brothers, and how early experiences, such as his time at military school, affected and shaped his personality.

The information in the depiction presented here about Donald Trump's mother, in particular, is quite striking, and the bulk of it appears early on in the program. Her story and origins are quite fascinating, and largely unknown, since the most that most people know about Trump's mother is from a photograph of her that made her look like a spinster with an elaborately coiffed hair-do. There is MUCH MORE to her story than that. The listener would do well to PREPARE TO BE MOVED by aspects of her tale.

(For this marked-off section of text).

Certain portions of this program's online 'liner note' documentation will be labelled or preceded with the words '*SPOILER ALERT*'. This is to denote that the following detailed description, including the disclosure and accreditation of specific derived content used in the content being described, might spoil the listener's experience prior to listening. For best listening effect, it is recommended for the listener to NOT READ such 'SPOILER ALERT' labelled documentation PRIOR TO LISTENING in order to preserve the spirit of delightful recognition and surprise which is an intended effect when hearing this altogether re-contextualized and culturally referenced material.

Near the end of this overall 5-hour program, is a piece called 'The Trumpiest Years of Their Lives', which starts off seemingly being about bullying and Donald Trump's career in military school as a young man, and IS in part about that. The song upon which this piece is based called 'The Happiest Years of Our Lives' from Pink Floyd's album, The Wall, is about bullying, SPECIFICALLY about school teachers bullying their own pupils. Our version is too, but not in the way that the listener expects. It soon unexpectedly takes a surprising 180-degree turn, the nature of which I won't spoil, but will be an enlightening, revelatory, moving and fascinating experience for most listeners.

Track 3 offers some interesting remixes and re-takes on some iconic songs from Pink Floyd's 'The Wall' putting them into a 'Trump' context. Along with 'The Trumpiest Years...', the track directly before that (Track 8) employs the song 'The Thin Ice' in the exploration of the tragic story of what happened to Trump's older brother, Freddie.

Track 6 is a redux of a track called 'Trump's Tax Troubles' which appears on our album, 'Death, Taxes and Empathy' which has more material added to it as well as the Tom Petty parody song called 'Freeloader'.

The last track includes some re-worked... work... of The Greatest and Funniest Trump impersonator on the Planet: J-L Cauvin who we have actually have had the honor of effective COLLABORATING WITH and have financially comissioned his work (thanks, Patrons!) in the production of other projects, which will be heard later in this series.

We have had a very hard time posting this program to Bandcamp, as the system has repeatedly eaten (deleted) all of our entered information, for unknown reasons (Bandcamp support tells us we are the only ones who are reporting the problem) so we are just going to go ahead and publish this album, as is, and then add in the descriptive and credit information for each track afterwards.

We hope that you will find this program to be moving, edifying, entertaining, informative and enlightening.

Thank you for listening.

This work is also available, as a playlist, at the NCN SoundCloud page. All tracks are streamable/downloadable there in lossless .flac format free of charge, as well:

If you wish to support us (for as little as $1 per month) or follow what all we are doing online go to:

Credits and expository text for individual tracks to all be added later.